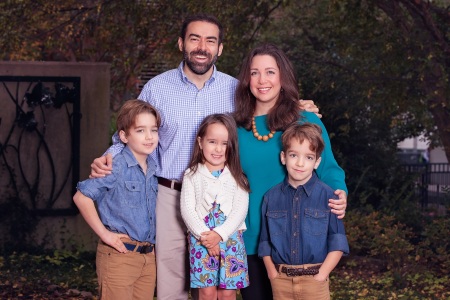 On June 4, 2015, Judge Mike Jacobs began serving on the State Court of DeKalb County. From January 2005 to May 2015, Mike served in the Georgia House of Representatives, representing the DeKalb communities of Brookhaven, Chamblee, and Toco Hills.

Mike developed a reputation as a consensus-builder. He authored or sponsored several measures to enhance the quality of life for DeKalb residents, including the following which became law in 2015:

Mike served two years on the Georgia Code Revision Commission, which oversees the publishing of the Official Code of Georgia Annotated.  He also served one year representing Georgia on the Uniform Law Commission.

In 2005, the Atlanta Business Chronicle selected Mike as one of Metro Atlanta’s “40 Under 40” Up and Comers.

In 2010, Mike received the Allen Thornell Political Advancement Award from Georgia Equality for authoring and passing a tougher law against school bullying.

In late 2015, after joining the bench, Mike served on the task force that reviewed Georgia’s garnishment laws and recommended sweeping changes after the United States District Court’s decision in Strickland v. Alexander. The task force’s proposal was introduced as Senate Bill 255.

Mike is a member of the Leadership DeKalb Class of 2016.

Mike was a solo practitioner for four years, focusing his practice on bankruptcy and civil litigation.  Before starting his solo law practice, Mike was an associate at Alston & Bird, then at Krevolin & Horst, and finally at Hall, Booth, Smith & Slover.